Are you working at an office job or a rather sedentary job, where you're sitting down for the most part of your day? Do you feel that your fat loss has really slowed down to a crawl, even though you're training hard at the gym?

I feel you, because ever since I switched to a more sedentary job, being an online coach... My fat loss has really slowed down, from what it used to be. Previously I worked at a more active job, where I would walk up and down for at least 4 hours per day...

Losing weight and in turn the fat, was quite easy for me, but things have now changed, because of the lack of activity. And I can understand it.

When you really think about it, by having a super active job and walking the whole day, you would be burning a NICE AMOUNT of calories per day.

But how much MORE calories can you really burn by having an active job?

Let's do some basic maths here. Per hour of walking, depending on your speed, your weight and the incline, you can burn between 200-300 calories.

When I was working at my active job, I would be walking around for at least 4 hours per day, including to and from work and usually 3 hours of continuous walking.

If I walked at a 4km per hour as an average speed for 4 hours per day, which I tend to do... I would burn around 900 calories.... That's from walking alone, wow!

I've never actually done the maths before, so this is great to see...

So now that I'm NOT doing all that extra walking every day, I'm missing out on that 900 calories, so it makes complete sense that my metabolism and weight loss/fat loss is a lot slower.

So now that we have a basic understanding of how the lack of activity can really slow down our metabolism.... What can we do about it?

Adding HIIT sprints to the end of your workouts...

Why do I love doing HIIT Treadmill Sprints?

Because they are quick (only take about 10 mins)

They Burn lots of calories and boost my metabolism.

I Feel Great after my sessions.

What I like to do, is to perform HIIT sprints on a treadmill, currently doing 17km per hour for only 20 secs per round, then I would jump off the treadmill, rest for 40 secs and then jump on for the next round.

You might want to start your own sprints at only 14km per hour and slowly work your way up, by adding 0.5km every week.

Each 20 sec burst of Sprints, would help me lose around 40-50 calories. Which is a HUGE amount for the short amount of time spent.

Normally I would do 10 Sprints per session, so that would be a nice 500 calories burned in only 10 mins... Not too bad hey?

And on top of that HIIT Sprints are known to burn extra calories for around 24-38 hours after your workouts, because of the high intensity, which forces your body to heal for an extended period of time.

Perform 3-4 Sprints session per week BUT let your body recover between sessions, because if your body feels like there's too much stress put upon it, which tends to happen with Sprints...

It will begin to slow down your metabolism and increase fat storage. This happens, because the human body is a protective organism that focuses on keeping you alive.

The beauty of Sprints are, they are known for really Boosting Your Metabolism, Burning Heaps of Calories in short periods of time, Burning Calories even after your workout and most of all I love them, because...I feel pumped after doing the high intensity!

Feel free to try my metabolism boosting method and let me know how it works for you. 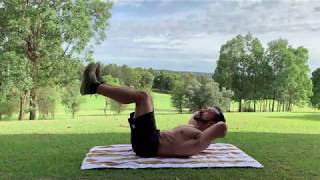 (For Office Workers) How To Get Healthy During COVID-19

How To Stay Healthy & Fit During The Corona Virus Epidemic

How Imran Lost 12% Body Fat, Built His Abs And Got Into The Best Shape Of His Life In 12 Weeks 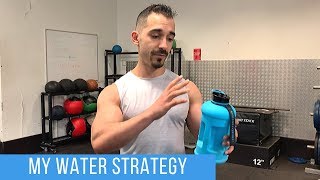 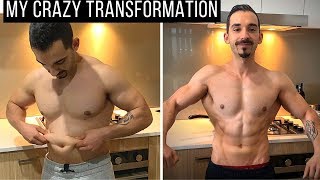 MY CRAZY 12 Week Natural Body Transformation - FROM FAT TO SHREDDED

How I Transformed My Body, Even With A Slow Metabolism

Nutrition - The Key To Success

3 Simple Steps To A Leaner Body

Now You Can Blog from Everywhere!

(For Office Workers) How To Get Healthy During COVID-19

How To Stay Healthy & Fit During The Corona Virus Epidemic

How Imran Lost 12% Body Fat, Built His Abs And Got Into The Best Shape Of His Life In 12 Weeks

MY CRAZY 12 Week Natural Body Transformation - FROM FAT TO SHREDDED

How I Transformed My Body, Even With A Slow Metabolism

Nutrition - The Key To Success

3 Simple Steps To A Leaner Body

Now You Can Blog from Everywhere!